Non-fashion, non-skirt, non-gender discussions. If your post is related to fashion, skirts or gender, please choose one of the forums above for it.
Post Reply
2 posts • Page 1 of 1

I'm a big fan of Spotify. I was an early adopter to the platform due to a family member being one of the first employees for the company.

One of the features I really like is their Discovered Weekly function. Each week they create a personalised playlist of 30 songs that they think you might like. Although you get some duffers (which you can flag up, which will help them refine their future selections for you) the algorithm is very good at bringing music to my attention from acts that I have never heard of. With so many users and a bit of big data processing, the system looks at the music you play and save in playlists and then it goes and looks for other users with similar likes. When it finds matches it then picks some tracks that are on their playllists / rotation and then suggests them up to you.

One of the suggestions this week has led me to the album Waltz for Koop. Although I like to think I have a fairly eclectic taste in music there are some genres that I just can't get on with. Rap, country and, until just now, pretty much anything jazz infused was off my listening list. I'm really enjoying this album as well as the rest of the back catalogue from Koop.

Under normal circumstances I wouldn't have shared this earth-shattering news with you, but something piqued my interest and I thought I'd bring it to your attention. Looking at the album cover, it suddenly struck me that the not only were the two guys in the band were wearing dresses, they looked really good.

Some more digging around highlighted the fact that they seem to be accomplished skirters. I wonder if they are on this forum???

This photo appears on a number of sites about the band. 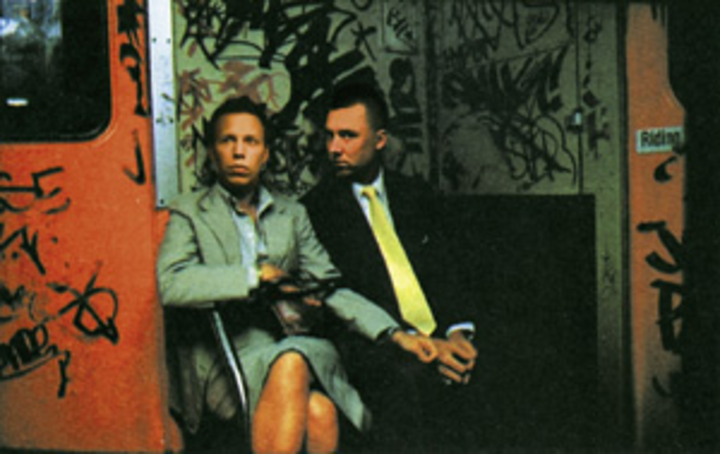 Here is an extract from an interview -

Koop Islands to Waltz For Koop, both have front covers where Magnus Zingmark and Oscar Simonsson are dressed up, “It started out with a photo we did together with a photographer that later became the album cover for Waltz For Koop, and now we can’t stop doing it” They continue, “It’s irritating when artists try to be manly and good-looking on album covers. We’ve passed all that but it also reflects the music. It’s all a bit illusion”
Top

Re: Waltz for Koop

Return to “Off Topic”