News from High Street, for the Fashionistas among us! Couture only here please; if you can buy it off the rack, try another forum.
Post Reply
45 posts

Shoes with a denim skirt? Probably shoes that you might wear with jeans. Definitely not anything remotely dressy.
Top

To promote MIS to the mainstream, it seems that:

3. To see even modest change.

I think that the real fun will be with subcultures!

Grok wrote: ↑
Sun Aug 02, 2020 3:13 am
Shoes with a denim skirt? Probably shoes that you might wear with jeans. Definitely not anything remotely dressy.

Smart sports shoes look really good with a denim skirt - on both sexes! 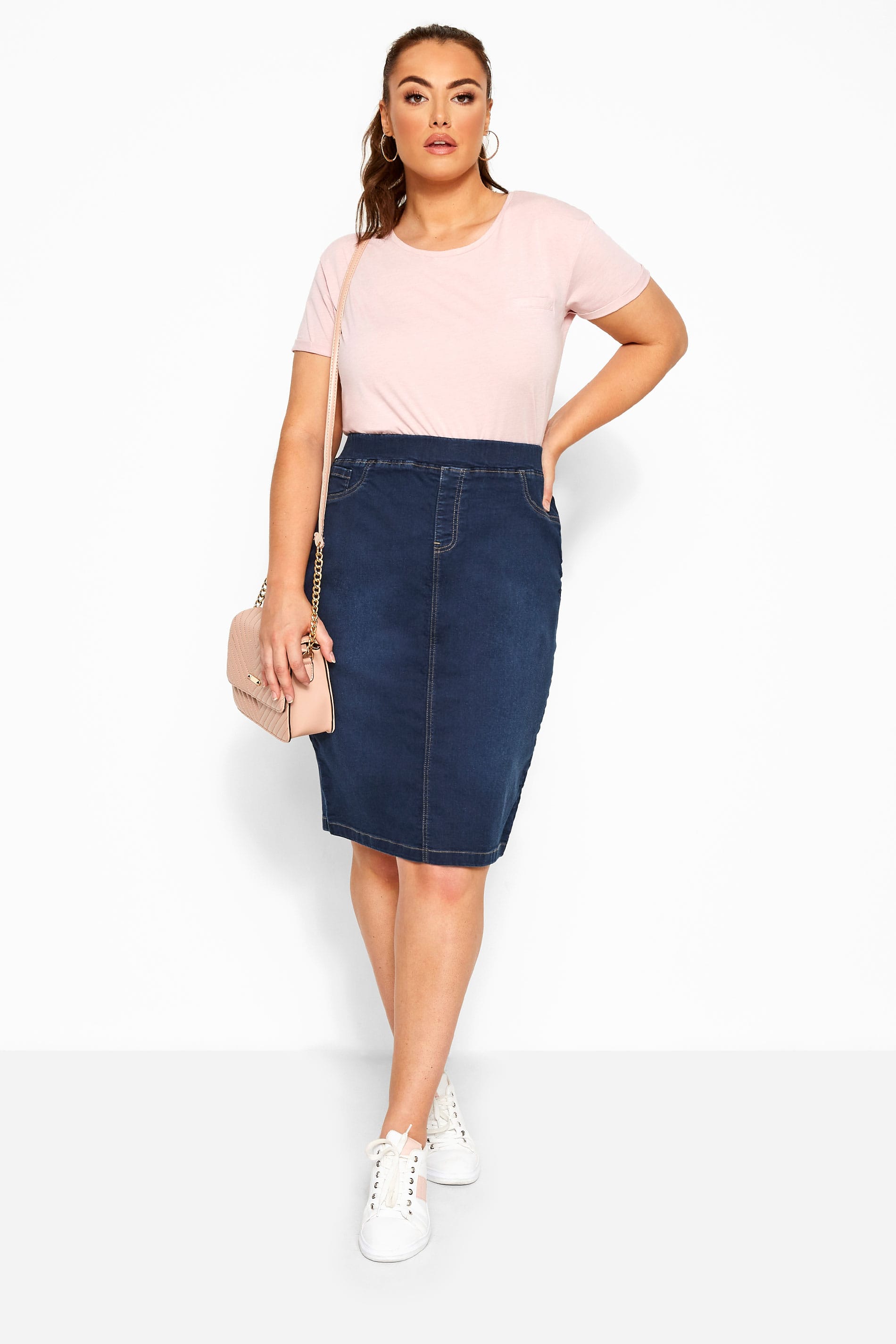 There's been all kinds of ideas on how to get the clothing manufacturers and retailers to bring skirts for men into the mainstream. As Spirou003 said we can approach stores with the concept. Why not?

We can go into those stores, as a number of us do, pick out items, ask where we can try them on, buy them and wear them publicly. Sooner or later someone's going to see there's a market out there.

To paraphrase him, Grok said it will lots of sustained effort over lots of years. Well, in fact, about 1966 Life magazine ran a 2-page piece of photojournalism showing men all over the world mini-skirts in night clubs, out on the street, etc. Since then, sporadically and now regularly top designers show men in skirts and dresses in major fashion shows. Sometimes the men are modeling what's being presented as womenswear. As numerous posters have said, they're not necessarily wearable or flattering, but they're there.

I was told 30 or so years ago that Lane Bryant, a big ladies' chain, was well aware that a sizeable percentage of their wares are bought by men for their own use. At the time, most of those men were crossdressers and Lane Bryant was one of the few places that marketed to plus-sized women, which were the sizes most crossdressers needed. Nonetheless, they still didn't and don't, as far as I know, feature men in their advertising, have skirts, tops and dresses cut to fit men, etc.

So, it seems to me that those of you who haven't been public about your skirtwearing, but would like to be, you need to accept such compromises as wearing skirts that are a little full in the hips, being seen as somewhat unconventional, and, to get you to take those first few steps out your front door, accept what a growing number of us tell you as truth, you CAN do this and nothing bad will happen to you.

Sorry, forgot to say, Good for You Spirou! that you'll be independent soon and that you're willing to take the plunge. As far as going to work in a skirt is concerned, I'd suggest you see what your national, regional and local laws have to say about diversity. They're probably supportive. If your employer has an human resources department or designated person, check to see what the official policy is, and if you feel comfortable asking, what the management's attitude is like. You'll probably find that all of the laws, policies and people are supportive. Finally, as I've said numerous times before, as a courtesy, talk to the appropriate levels of management beforehand so they don't get caught by surprise.

Pdxfashionpioneer wrote: ↑
Sun Aug 02, 2020 9:25 am
(...)
Sorry, forgot to say, Good for You Spirou! that you'll be independent soon and that you're willing to take the plunge. As far as going to work in a skirt is concerned, I'd suggest you see what your national, regional and local laws have to say about diversity. They're probably supportive. If your employer has an human resources department or designated person, check to see what the official policy is, and if you feel comfortable asking, what the management's attitude is like. You'll probably find that all of the laws, policies and people are supportive. Finally, as I've said numerous times before, as a courtesy, talk to the appropriate levels of management beforehand so they get caught by surprise.

Better late than never, and for me that's not late at all

In fact, I'm ready since, let's say, only a few days after the first day I tried the skirt I received from my brother. Or at least I feel ready since that moment. The three reasons why I didn't wear it publicly earlier are that my father asked me to not do so (1), Sophie doesn't want to expose her personal life at school and I'm a part of it (2), and (3) I didn't wanted to try at work because I wanted to change of job (done in march 2020. Quite peculiar to starts under lockdown...) and suppose I would have tried and it would have been accepted (it would probably have been), I didn't wanted my "skirt allowed" to represent a hurdle for changing (will the next employer accept that?)
Actually the latter disappeard (even if I already didn't tried) and the former will probably (this is the most important one), thus last issue would be Sophie but that's not a matter, at worse one of us can just stay long enough to not travel together where she can be seen by students or colleagues.
I will obviously ask people at work (some colleagues, my hierarchy, and HR) before wearing it. As you pointed out to not cause them any (maybe bad) surprise, but also even if my position doesn't involve any contact outside of my company, I don't know if people from outside can enter the building and at which frequency. I'll also have a look at the laws, just in case to prevent me from any legal problem (for example women in France were legally forbidden to wear pants up to 2013... quite ridiculous but real), but I don't intent/plan to use any law to wear skirt at work if they're not OK with that. Laws can punish, not change minds

To come back to the initial topic, if it is already available, where could we find photos of the latest Gucci's genfer-fluid collection?
Top

Thanks for posting that image, Stu.

Indeed Pdxfashionpioneer, I do expect that change will require a sustained effort over quite a few years.

BTW, if I were to market "gender fluid" skirts, I would include male models.
Top

Sorry gents; I just reread my post and realized I talked all the way around the issue without making my real point.

For most practical purposes, there is no prohibition against your wearing a skirt out in public. Except the one you make for yourself.

If Moonshadow can be as public as he is in Appalachia, any of us can be anywhere. So get out of your self-imposed prisons and enjoy life!

If you're unsure of my reference to Moon take a look at his latest post, How far we've come.
David, the PDX Fashion Pioneer

On the other hand, of course, if a mainstream outlet were to offer a simple skirt designed for men and depicted suitably masculine-looking male models wearing it in their marketing, that would give them a massive amount of publicity. Just imagine Marks and Spencer or Macy's offering a plain A-line denim skirt, depicted for example with a bearded man in the forrest with a chainsaw - a similar approach to Utilikilts' marketing. I reckon that would attract massive free advertising for the stores and probably a positive response.
[/quote]

I don't know if such would be commercially viable.

If not, there is the option of converting jeans into a skirt. This can be done with fabric glue and modest sewing skills. (See the sewing section).
Top

I don't know if such would be commercially viable.

But if a mainstream firm did give that a go, there would be huge publicity (free advertising) and that couldn't hurt.
Top

https://www.msn.com/en-gb/lifestyle/sty ... d=msedgntp
I certainly wouldn't be tempted by it but who knows?

Stevie, in terms of style the garment seems intended for little girls.

I'm definitely not going to wear it.
Top

I'm with you on that one Grok.

But at least they're trying.
David, the PDX Fashion Pioneer

I guess they are too but strangely I saw this in a high end shop window in town this morning;
https://www.cruisefashion.com/gucci-web ... e=65925203.
Obviously from the other side of the aisle and a mere snip at £795.00.
I have ordered 3. Ha ha.
In all seriousness, silly money aside, they do have a few dresses that look as if they could sit perfectly well on the male form.
Somebody ought to be able to see that there could be greater commercial viability in adapting certain designs rather than parading so called conceptual inspiration under the banner of some tenuous moral crusade.
If anyone from the foremost couturiers is reading this, I'd be happy to act in a consultancy capacity.
Terms negotiable.
Steve,
.
Top

Indeed, that's a dress is not a "synonym of man". Maybe the lace/cord should have been removed/put differently and the pattern in the chest not pronounced like that?
At least, they try. But as you said, it's too expensive (but I think they don't care about that

After reviewing, probably it's the pattern on the chest that should have been kept the same as everywhere else
Top

Considering the price, it's offer you got te refuse!
Top
Post Reply
45 posts