Discussion of fashion elements and looks that are traditionally considered somewhat "femme" but are presented in a masculine context. This is NOT about transvestism or crossdressing.
Post Reply
18 posts

I just saw an episode of James May's Man Lab. If case you don't know, he's one of the presenters on Top Gear, the awesome UK version, not the stupid American one on History Channel. Also, in case you haven't seen the show, he's quite fond of very loud colors and prints on shirts that most people wouldn't wear. He considers himself a slave to his fashion sense. So this episode was dedicated to finding a way to "free" men from fashion slavery, by encouraging every man to wear a "boiler suit" (just a worker's one piece uniform). His theory is that if you have only one thing that you'd never have to worry about making any choices, and thus, free yourself from tyranny. He had one tailor made, plus got a class of fashion design students involved, and had a presentation on the runway at a fashion show with buyers and everything (no one bought). His closing comments were that even though he didn't make any converts, it's not like he was trying to get them to wear skirts. As he walked off, the camera panned to a piper in full regalia who then belted something out on the pipes.

I think that he may have had better luck getting converts if he had incorporated skirts into it.
Top

A long time ago, late 1970s, I had a custom made suit.
Part of that was to have the trouser and waistcoat as a one piece.That was the most comfortable bifurcated garment I have ever owned.
There is one major difference, in that it hangs from the shoulders rather like a dress.
I haven't seen the programme but I'd guess he was taking a bit of a poke at mens' fashion in general but not trying to introduce anything radical i.e. skirts. The piper may just have been a red herring.
I'll post a picture of it late.
Steve.
Not a Top Gear fan.
Top

And here it is....
This was taken circa 1978.
You do not have the required permissions to view the files attached to this post.
Top

STEVIE wrote:A long time ago, late 1970s, I had a custom made suit.
Part of that was to have the trouser and waistcoat as a one piece.That was the most comfortable bifurcated garment I have ever owned.

Steve, that picture you posted is so full of win that it's epic. That's precisely the sort of creativity and experimentation I wish was still alive in the hearts of men! But, it seems that notion has left us and the entire decade of the '70s now comes in for ridicule -- likely by those who would keep us shackled and downtrodden.

Thanks for a reminder of a happier and more creative time. And, besides, it looks good!
Retrocomputing -- It's not just a job, it's an adventure!
Top

Thanks Carl,
That truly was a "one off".
Just think though, it's a stylised boiler suit and I had never considered that until today.
In the 70s it was called a jumpsuit and it was mainly for the girls.
I just wanted something "different" for a special occasion or two.
Steve.
BTW, the lady is now my wife.
Top

The word "jumpsuit" makes me think of "Challenge Anneka"! Or just about any 70s disco diva on Top of the Pops. Happy days!

But was there ever a jumpsuit for men? If so, I doubt it was sold as 2/3 of a 3-piece suit.
Keep on skirting,

STEVIE wrote:Just think though, it's a stylised boiler suit and I had never considered that until today.

That's what I immediately thought, but usually boiler-suits are workmens' wear and designed to keep the indignities of filthy environments off one. (The modern version, the "bunny suit", is designed to keep assorted bits of human material out of clean-rooms -- quite the different reason!)

In the 70s it was called a jumpsuit and it was mainly for the girls.

They're still known as that, and I have a good pal (male) who's associated with my computer-history interest in Providence (RI) who routinely wears one (modern German military issue, even though he's not German).

BTW, the lady is now my wife.

I wanted to ask that, but was worried that it might fray nerves if she was an "ex". In any event, that closes the loop in positively spectacular fashion! Congratulations on the long-haul relationship.
Retrocomputing -- It's not just a job, it's an adventure!
Top

Nice outfit, Steve. And the colors, so 70's. I remember my dad dressing similarly (although usually in plaid), but with a big shaggy beard. I was only 10 or so in 78 so I didn't get a chance to experience much of it myself.

Thanks for sharing.
Top

The flares are very 70s as well. And are those platform sole shoes on your feet?
Keep on skirting,

A (female) colleague came into work the other day wearing a jumpsuit with a short jacket over and it got me thinking it might be an interesting look for a guy to try as a substitute for a dress (particularly something that covered the back and chest). Anybody ever tried this? I would imagine body proportions might be a challenge for taller gents.

This sort of thing maybe? 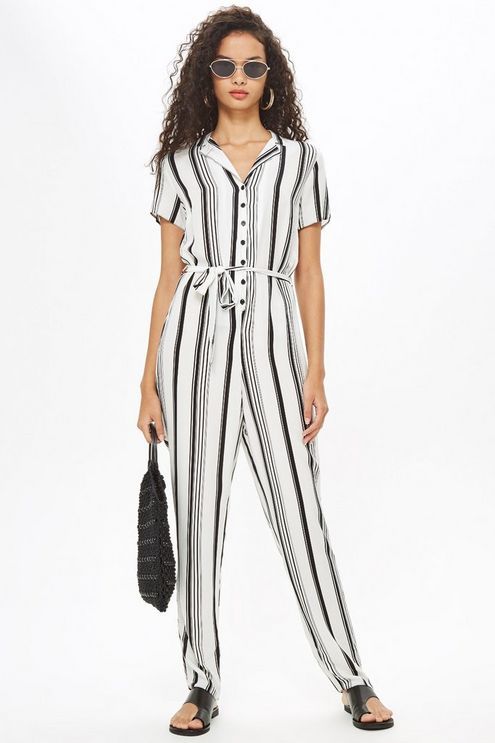 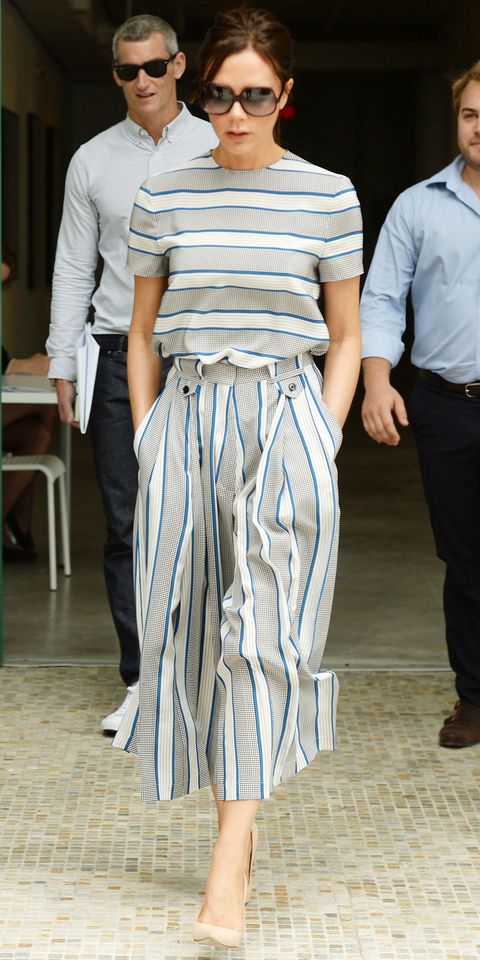 My Gods, this is some blast from the past.
Alastair, belatedly, yes they are most definitely platform shoes. As for the 2/3 of a 3 piece suit that was a one-off to the best of my knowledge.
Up to date now and I would be highly dubious about finding any sort of workable equivalent item from across the aisle.
The difference in relative proportion could cause great discomfort at the very least.
That one was made specifically for me and in 1978 the suit cost around £200. If anybody cares to do the comparative maths, feel free.
Thanks Frantastic for a bit of nostalgia from an old dude who is currently feeling all of his years.
Steve.
Top

I don't know, Fran, that striped jumpsuit looks like something a Batman villain would wear. A little loud for my tastes, in other words.
Ralph!
Top

In the second photo the horizontal blouse/top I would like that for the flat front appearance.
And second the view on the vertical baggy pants trousers - just not my type of substitute for a decent skirt
and a short one at that !
"Kilt-On" -or- as the case may be "Skirt-On" !
WHY ?
Isn't wearing a kilt enough?
Well a skirt will do in a pinch!
Make mine short and don't you dare think of pinching there !
Top

That it does. Though I feel like I saw that same pic elsewhere on the forum and commented on it without any thread necromancy, just a couple months ago...


A (female) colleague came into work the other day wearing a jumpsuit with a short jacket over and it got me thinking it might be an interesting look for a guy to try as a substitute for a dress (particularly something that covered the back and chest). Anybody ever tried this? I would imagine body proportions might be a challenge for taller gents.

There have been a few efforts in recent memory (say, the last year or three) to market men's jumpsuits/rompers. That should solve your proportion issues, at least for many guys. I remember a short version (sleeve and let length) getting some press (and a ridiculous name) and looking into it, along with alternatives. I remember finding a few. I think I saved some links, I can dig for them later, if anyone is interested.
Top