It’s been an exciting few weeks for the fashion faithful. In between the Venice International Film Festival, the Met Gala and New York Fashion Week, there’s been a huge amount of eye-catching celebrity outfits for people to gorge their eyeballs on.

Some standout moments have included rapper Frank Ocean carrying around a robotic green baby, US congresswoman Alexandria Ocasio-Cortez’s controversial “tax the rich” gown and actor Timothée Chalamet looking like the world’s sparkliest Mafia don – but something else that’s stood out is how many very masculine men have been stepping out in rather feminine dresses and skirts.

It seems to be a real break-out trend, with everyone from musicians like Kid Cudi and Lil Nas X, comedians like Pete Davidson and Dan Levy as well as athletes like Russell Westbrook and Lewis Hamilton all getting in on the action.

Of course, this is all occurring within a broader context of men’s haute couture increasingly embracing conventionally feminine modes of dress, with names like Chanel, Gucci, Moncler and Saint Laurent being some of the most noticeable proponents of the trend. Another designer in that conversation is Thom Browne, who seems to have been responsible for most of the male dresses we’ve seen over the last few events.

So what gives – why are all these men wearing dresses all of a sudden? 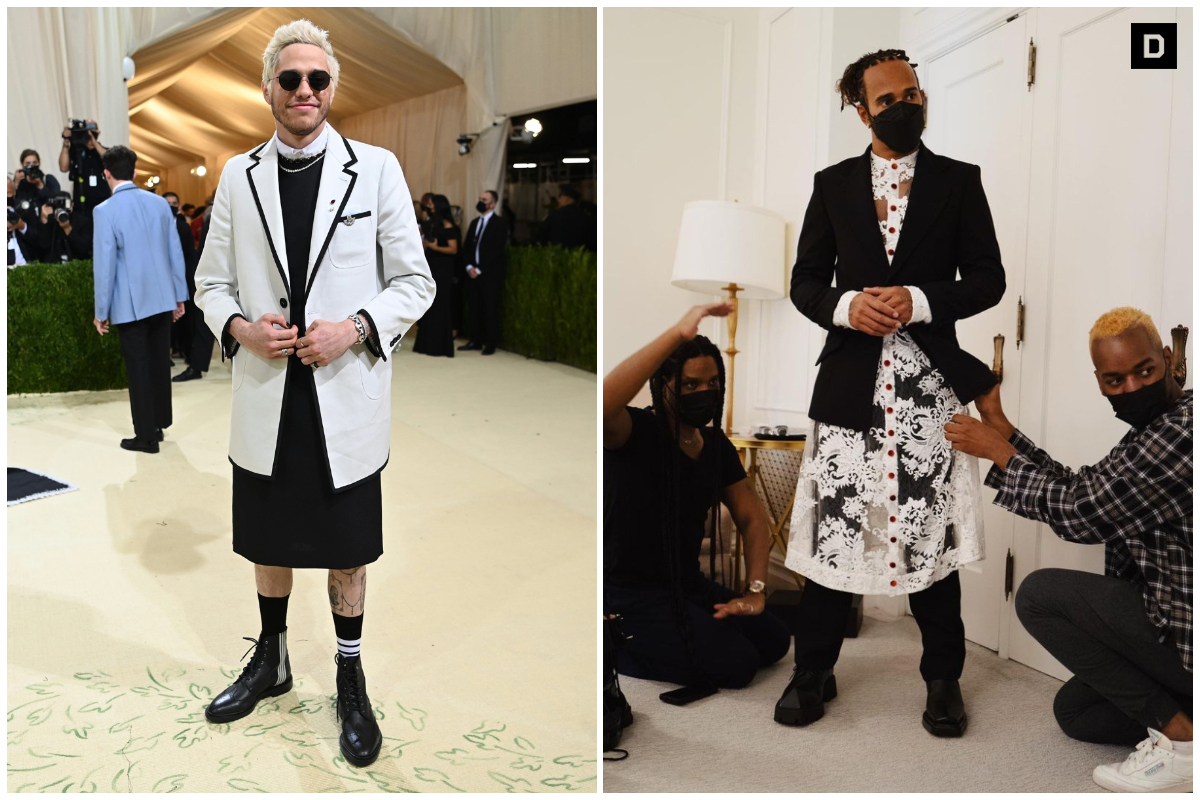 Two of the Met Gala’s frocked fellas: Pete Davidson fronts the cameras in Thom Browne, and Lewis Hamilton being fitted for his Kenneth Nicholson look ahead of the show. Images: New York Times / @lewishamilton


DMARGE spoke to Byron Bay-based men’s stylist and fashion expert Jeff Lack to help make sense of the trend. His take? While it’s surprising that so many male celebrities have worn dresses and skirts recently, he feels that it’s a bit of a gimmick.

“None of these guys have done any better than what David Beckham did over twenty years ago,” referencing the (in)famous sarong the football player wore back in 1998. “It’s interesting, but I don’t think any of them have done themselves any favours.”


Lack was quick to emphasise that while celebrities might be able to get away with wearing frocks to red carpet ‘dos, it’s something society, for better or for worse, probably isn’t quite ready for yet.

Indeed, if you look at some of the social media posts about some of these outfits, you’ll find not only a lot of criticism but also, unfortunately, a lot of homophobia. It’s been so bad that it’s encouraged Kid Cudi (who’s often experimented with traditionally feminine style flourishes like painting his nails or wearing gowns) to turn off comments on his social media accounts. 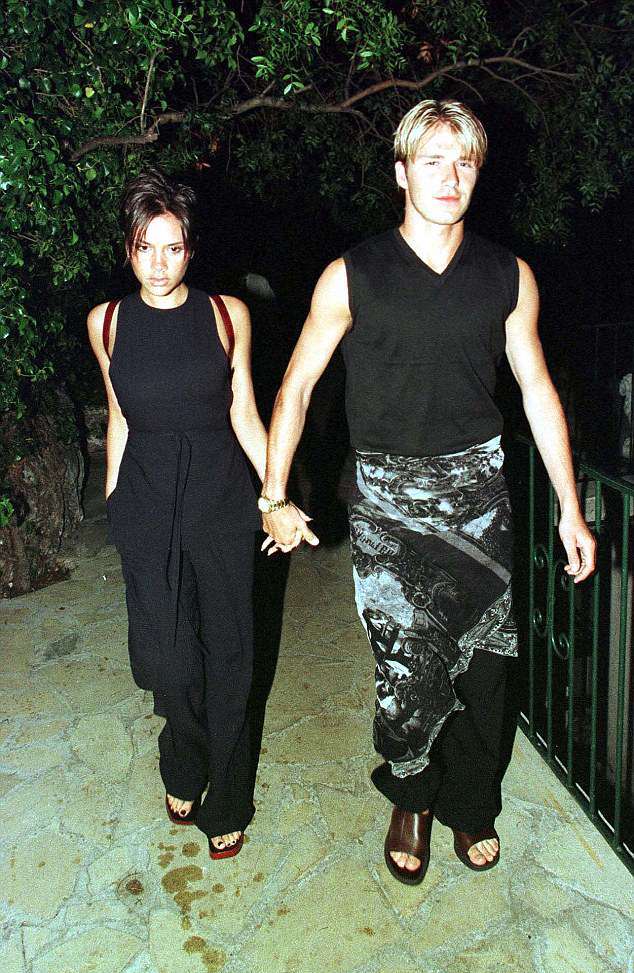 David Beckham accompanying wife Victoria to the 1998 ELLE Awards in a sarong. Strictly speaking, a sarong is a unisex garment (indeed, in Sri Lanka, it’s worn only by men) – nevertheless, Becks was widely ribbed for wearing a ‘skirt’ by the media at the time. Image: Daily Mail

We’ve talked to Lack previously about gender-fluid fashion, and his biggest sticking point has been that some feminine modes of dress often don’t suit the male body particularly well.

He does admit that there’s a bit of a double-standard, however: “some of the female celebrities this year who’ve worn men’s suits and trousers have looked absolutely fantastic.”

At the end of the day, it’s the point of events like the Met Gala or fashion weeks to push the boundaries around things like fashion and gender expression. Without lionising them too much either, it’s also the role or privilege of celebrities to take risks that the average man can’t; to use their star power to spark change and conversation.

We don’t see celebrities wearing skirts suddenly making suits passé, nor do we think it’s some sort of coordinated attack on masculinity or some nonsense… Men, women and everyone in between should be allowed to wear whatever they want, whether that’s blouses or blazers.

Return to “In the News / Advocacy”